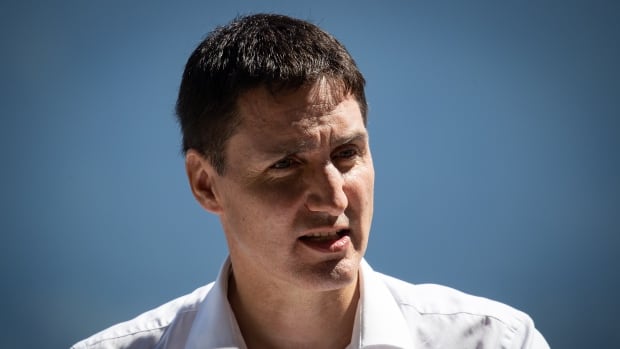 The latest news about the sport’s national governing body landed on Tuesday when recently unearthed court documents suggested that the organization operates a legal fund dedicated to pay for uninsured liabilities — including sexual abuse claims.

“I think right now it’s hard for anyone in Canada to have faith or trust in anyone at Hockey Canada,” Trudeau told a news conference in Bowen Island, B.C.

Information about the fund is contained in a July 2021 affidavit sworn by Glen McCurdie, who was then Hockey Canada’s vice-president of insurance and risk management, as part of a lawsuit launched by an injured player in Ontario.

Responding to a report that Hockey Canada had a legal fund to pay off sexual assault victims, Prime Minister Justin Trudeau doubled down on his support for freezing the organization’s funding pending an investigation.

“When I think about the culture that is apparently permeating the highest orders of that organization, I can understand why so many parents, why so many Canadians who take such pride in our national winter sport, are absolutely disgusted by what’s going on,” Trudeau said.

“As a government, we will continue to be unequivocal in our condemnation of what we’re learning and mostly in our demands that things change significantly.”

Hockey Canada acknowledged on Tuesday the existence of a “National Equity Fund” that covers a “broad range of expenses related to safety, wellness and equity initiatives across our organization.”

Hockey Canada told The Canadian Press the fund was “established in a manner consistent with reserve funds maintained by other large national organizations.”

News of the fund described by McCurdie surfaced following widespread condemnation of Hockey Canada over its handling of an alleged 2018 sexual assault involving members of the federation’s world junior team.

Hockey Canada executives testified about the case before Parliament’s standing committee on Canadian heritage in June.

The executives’ account of the ordeal was deemed “insufficient” by Minister of Sport Pascal St-Onge, who subsequently announced that Ottawa would freeze all funding for Hockey Canada.

Hockey Canada received $14 million from Ottawa between 2020 and 2021, according to documents obtained by CBC News.

To receive funding once again, Hockey Canada has been ordered to provide a third-party report on the alleged 2018 sexual assault to Sport Canada and to register with the newly created Office of the Sport Integrity Commissioner, which is tasked with investigating reports of abuse.

St-Onge said Hockey Canada must also demonstrate changes to its “culture and also a better management of these situations.”

Hockey Canada has promised to reopen a third-party investigation of the alleged 2018 sexual assault and to make participation in the investigation mandatory for players.