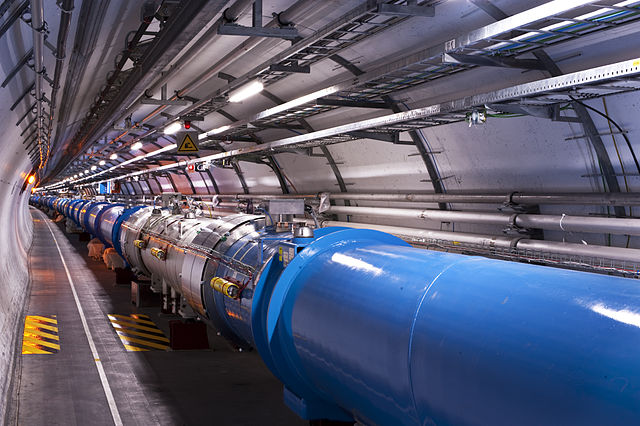 Every day we wake up, drink a cup of coffee, and get ready for work. Following are a handful of stories from around the tech world condensed to fit into one single cup of coffee. These are the things you need to know before you step foot out of your door (or in front of a webcam) and into the real world this morning.

So sit back, grab a cup, and start your morning off right with a few “Quick Bytes” from Innovation & Tech Today.

The Large Hadron Collider on the Franco-Swiss border near Geneva, Switzerland, is gearing up for its third run. Particles will once again collide into one another at near-lightspeed over the course of the next 4 years in an effort to gain more understanding of dark matter —  an elusive substance that makes up 30.1% of the matter-energy composition of the universe.

During the LHC’s first run, the Higgs-Boson particle was discovered, and during its second, new insights into protons were made. Now, scientists are hoping for another breakthrough that will reveal the nature of dark matter. A fourth run is also already being scheduled to begin in 2030.

An advanced prototype of a smart contact lens has been developed by Mojo Vision, a San Francisco-based technology firm focusing on augmented reality lenses.

A series of new hardware features and technologies has been embedded directly into the lens of the latest prototype— including a new and advanced display, eye tracking, communications, and software. These integrate with an eye-based UI to create an AR system.

The demonstration consisted of a user wearing one lens for hour-long intervals, but the ultimate goal is to create a 3D visual overlay with two lenses worn simultaneously.

Period tracker apps are scrambling to implement new software that would make users anonymous after the overturning of Roe v. Wade. Apps like Flo, Clue, and Apple’s Health app contain personal information that could be subpoenaed in abortion cases in states where the procedure is outlawed.

Natural Cycles, a period and fertility tracking app, is working on a way to make users anonymous to the company itself.

“The goal is to make it so no one—not even us at Natural Cycles—can identify the user,” said Raoul Scherwitzl, the company’s co-founder and co-chief executive.

Phone and app data have long been shared and sold without prominent disclosure, often for advertising purposes.

And health apps—except for data shared between you and your healthcare provider—typically don’t fall under protections from HIPAA, the Health Insurance Portability and Accountability Act, according to WSJ.

On June 29, the iPhone turned 15 years old, marking the continued success of one of the world’s most revolutionary and popular technologies. The iPhone’s touch display became the industry standard in a short time, and its advanced hardware and software technologies paved the way for the powerful computers we have in our pockets today.

According to Statista, Apple sold 1.9 million iPhones in 2007, despite not being available until the end of June that year.

In 2015, Apple sold 231 million iPhones — a number that has not been surpassed since.

While the innovative technologies in smartphones has slowed in recent years, Apple enthusiasts can still be seen forming lines down the sidewalk in anticipation of the latest release.

Apple began a more holistic approach to its products in the last few years, integrating once disparate pieces of technology into a single connected system. The birth of the Apple Watch in 2014 helped facilitate this shift that has become — as many Apple innovations have — an industry standard.