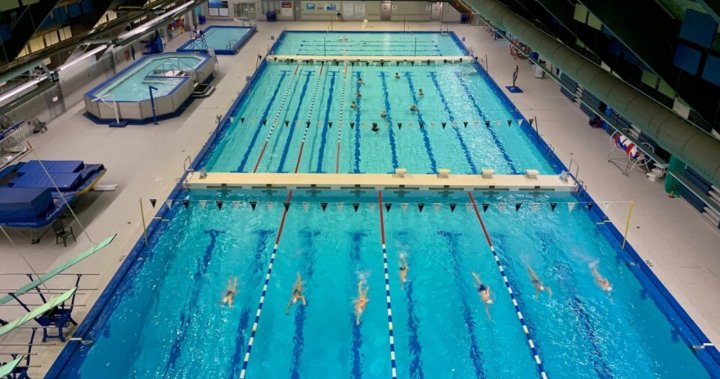 The potential for new sports facilities coming to Regina has interest groups excited at the possibilities.

On Wednesday, Regina’s executive council voted to form a new catalytic committee to oversee the development of three potential new sports facilities, a new aquatic centre, a new multipurpose high performance baseball facility and a replacement for the Brandt Centre.

The Regina Red Sox are one group in the city that’s been looking for a new facility to call home. Their current home field, Currie Field, is outdated and only seats up to 750 people.

Living Sky Sports and Entertainment is partnering with the Red Sox for a new baseball stadium. On Wednesday, the council voted in favour of funding a feasibility study for the facility.

“Regina’s class one facilities…don’t measure up in many areas to jurisdictions of similar or smaller size across Western Canada,” Simpson said. “The field itself is just deficient with respect to being able to attract any sort of regional or national competitions. It doesn’t meet the standards that are required and that would need to be addressed.”

Simpson says they have been eyeing the Yards area of Regina for some time as a target location for a new ballpark. However, he says the city may be preferring a downtown location for the three facilities instead.

On Wednesday, city council made it clear that locations are yet to be determined.

“The railyards was a preference we indicated,” Simpson said. “That would still be our preferred location…but it’s all about spending capital dollars…that drives the best return on dollars spent. That doesn’t necessarily have to be at the railyards…but it could happen elsewhere.

“There are some locations I would be open-minded to, approach with some skepticism, but nonetheless open to having discussion for the best location.”

Swimmers are also looking forward to the possibility of new amenities that are well-needed.

An Olympic-sized pool has been desired by Regina’s competitive swimmers since before the Wascana Pool was designed. Swimmers are still wanting to see it happen.

“If we want to put in bids to host national events and international events, you need a warm-up pool and a competition pool,” said Natalie Good, head coach of the Regina Synchronized Swimming Club.

“Both pools need to be deep so we’re looking for two 25 metre-deep tanks.”

Good says this larger pool is essential, as it would give high-performance swimmers and coaches a place to train at the same time. She also says a new aquatic facility should include more deck space and spectator space.

When it comes to the replacement of the Brandt Centre, former city councillor and Regina Sports Hall of Famer Mike O’Donnell welcomes it with open arms. He says a new event centre would benefit the city.

“I think any time you can renew things, you give a sense of pride and we can advertise as a community that we’re offering these things, not only for our own athletes or our own spectators, but we welcome people from outside,” O’Donnell said.

O’Donnell says he would like to see a new arena have more seat and concourse space, as well as more concessions.

Ultimately, he would like the arena to be able to attract larger events.